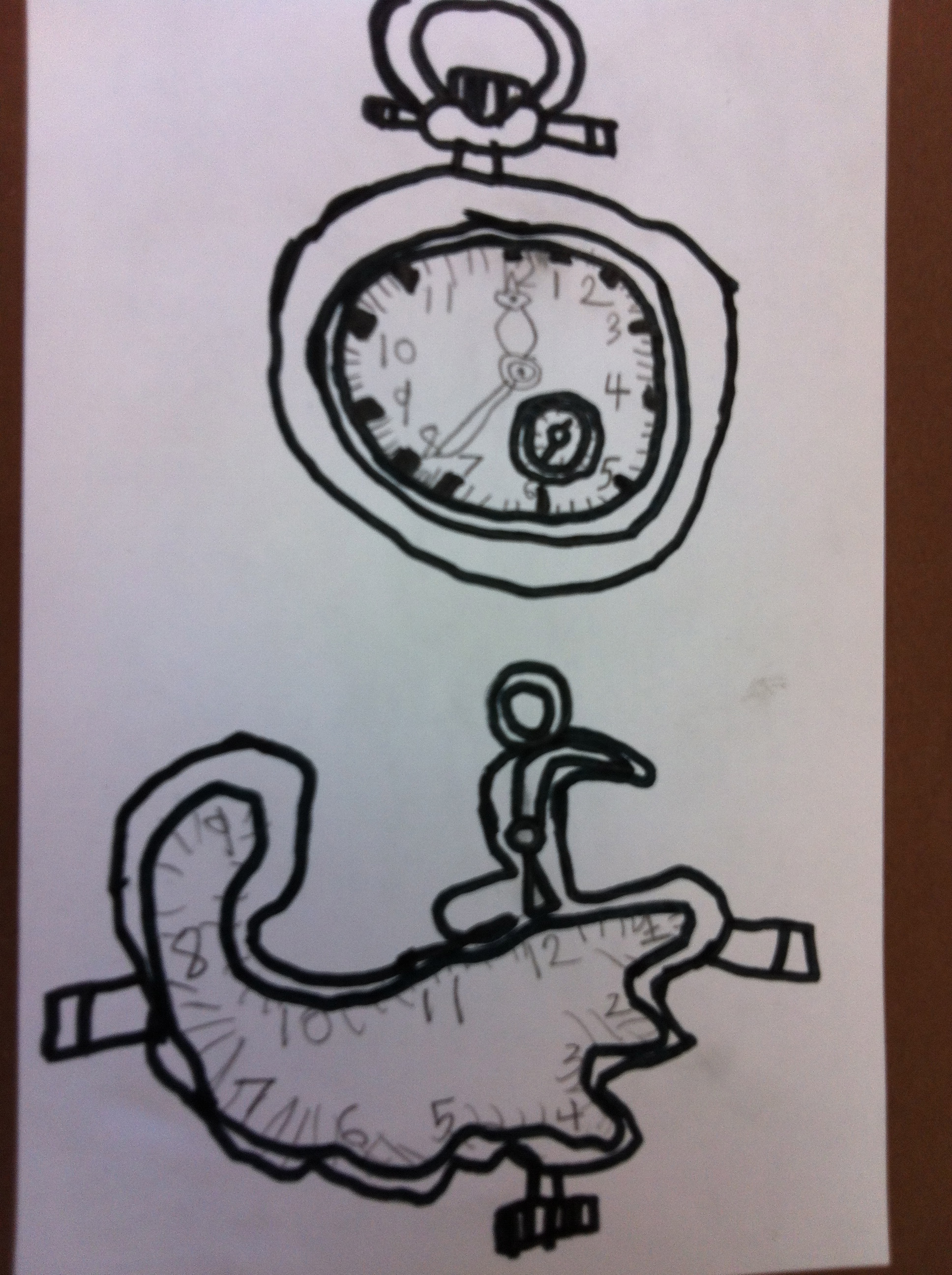 Saint Anne School’s fifth grade students studied Salvador Dali’s iconic 1931 painting called “Persistence of Memory.” Salvador Dali was born in 1904 in Spain. Dali was a precocious but intelligent child, prone to outbursts and eccentric behavior. At an early age, he created very sophisticated drawings. His parents were very supportive of his artistic talents and in 1916 they sent him to drawing school. There he discovered modern painting. In 1919, he had his first exhibit at the Municipal Theater in his home town of Figueres, Spain. Dali made many visits to Paris where he met other influential artists like Joan Miro and Rene Magritte. They introduced him to Surrealism, an art movement where painings were done super real to the degree that they made no sense. This was done as a way to explore the creative powers of the mind.  Salvador Dali was the most famous artist of the surrealist movement.

The fifth graders were asked to copy a black and white illustration of a pocket watch as realistically as possible, and then to draw their own Dali interpretation of the same pocket watch. The idea was to see who they and the viewer would react to both drawings. The Dali-inspired student drawing was meant to confuse us, to make us feels as though we might be dreaming, maybe even make us question the reality of the subject. The students did a fantastic job of following directions and letting their artistic imaginations go wild!